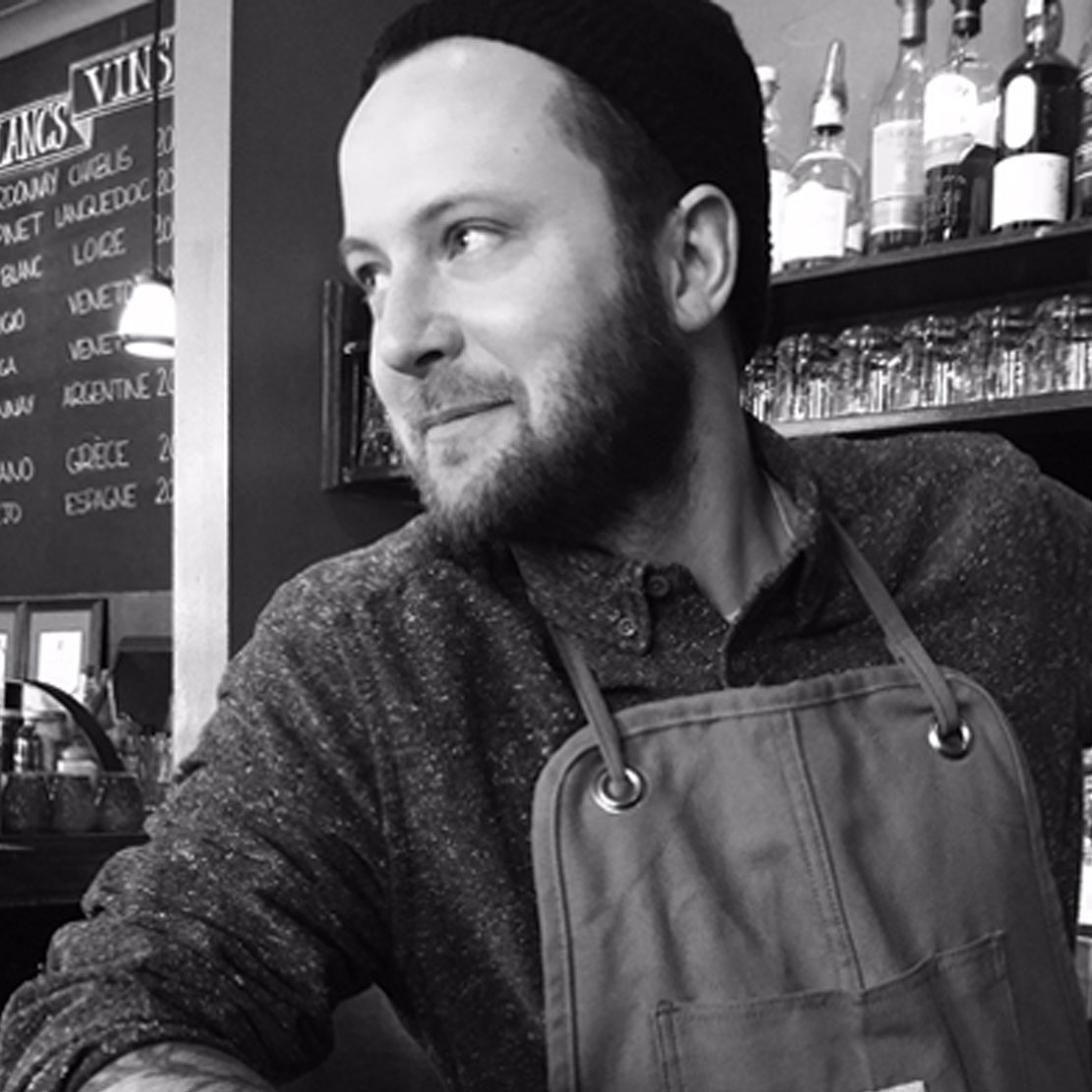 Josh Crowe was born and raised in Ottawa, Ontario studying fine arts before starting as a cook in one of the city’s landmark restaurants in the popular Byward market. While deciding what career path to choose, he opted to attend a culinary apprenticeship program at Algonquin college while continuing to work full time. It was the perfect match; it gave him the opportunity to continue in a creative field, while bringing many of the same elements as if he’d continued being a painter. Though Ottawa was his hometown, the vibrant culinary mecca that was Montreal was calling to him. Through working in many kitchens during a time when the city’s culinary landscape was changing, he now recognizes himself as a Montrealer. As someone who wanted to make the city his home, he worked on both sides of the bilingual boarder of St. Laurent street learning as much as he could about what it meant to be a local. He ran a few kitchens but it was a real turning point when he began working for the Tavern. Josh is now the proud chef and co-owner of the Monkland Tavern, established in 1995. “I was always a cook, and always will be but when Stephen Leslie first called me chef, as well as other people in the industry that I respected, I knew that I was doing something important and my hard work was paying off”. Along with the help and support of his working business partner, Barbara Irwin, the face of the restaurant slowly changed. Through an iterative process, they continued to modernize the Notre-Dame-de-Grace landmark together. “I always felt strongly about serving the best ingredients, and it just so happens that most of the best stuff comes from here”, says Crowe in regards the importance of responsible sourcing. The biggest change was when he was first contacted by Anita Stewart to participate in Food Day Canada. That first year his menu garnered an honorable mention amongst the 200 something participants. He has year after year pushed the limits as to what eating locally and sustainably means, using only ingredients from a 100km radius around the restaurant. He can now proudly display the 5 gold medals awarded to him by Anita and the university of Guelph for his commitment to the importance of Canadian culinary identity. “Through collaboration and the empowerment of my talented team, we are able to accomplish great things together”. Crowe was part of a delegation of Canadian chefs for an event at the James Beard House in New York City, still very much a high point in his career. You can still find him working tirelessly on the line with his team of dedicated cooks, developing and serving high quality delicious food in the casual setting at the Monkland Tavern that feels a lot like home.