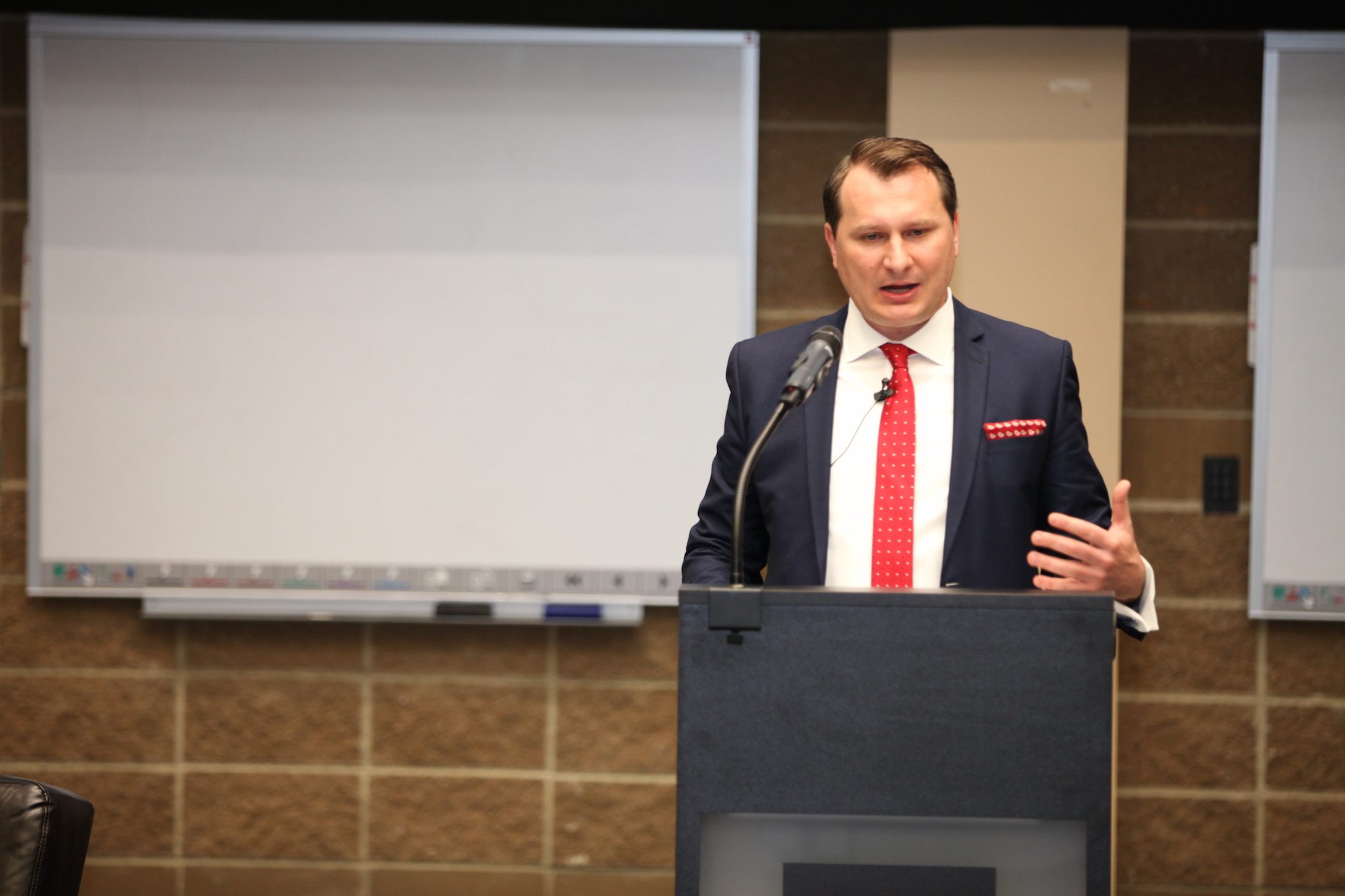 When it comes to regulation, big thinkers tend to side with one of two proverbs:

An ounce of prevention is worth a pound of cure.

You can’t make an omelet without breaking some eggs.

Danil Kerimi, Head of Information Technologies and Electronics Industries for the World Economic Forum (aka the Davos Conference), is the omelet-eating kind.

During his keynote speech on the second morning of the Arrell Food Summit, he tells the crowd about the “red flag law”, passed by England near the end of the 19th century, which required someone to wave a flag in front of a “driverless vehicle” to warn pedestrians of the oncoming car. Within a decade the rule was scrapped, but not before the legal handicap gave America an advantage over the British in the automobile industry.

“It’s not about ‘beware of regulating new technology’,” says Kerimi. “It’s about proceeding smartly. Don’t put a system that’s hard to change. Because it took parliament a few years to recognize that. And by the way they did a fantastic job later on. They came up with the rules of the road, traffic lights and speed limits. It’s about providing a regulatory framework that makes sense, but allowing ourselves space to try things out as we explore.”