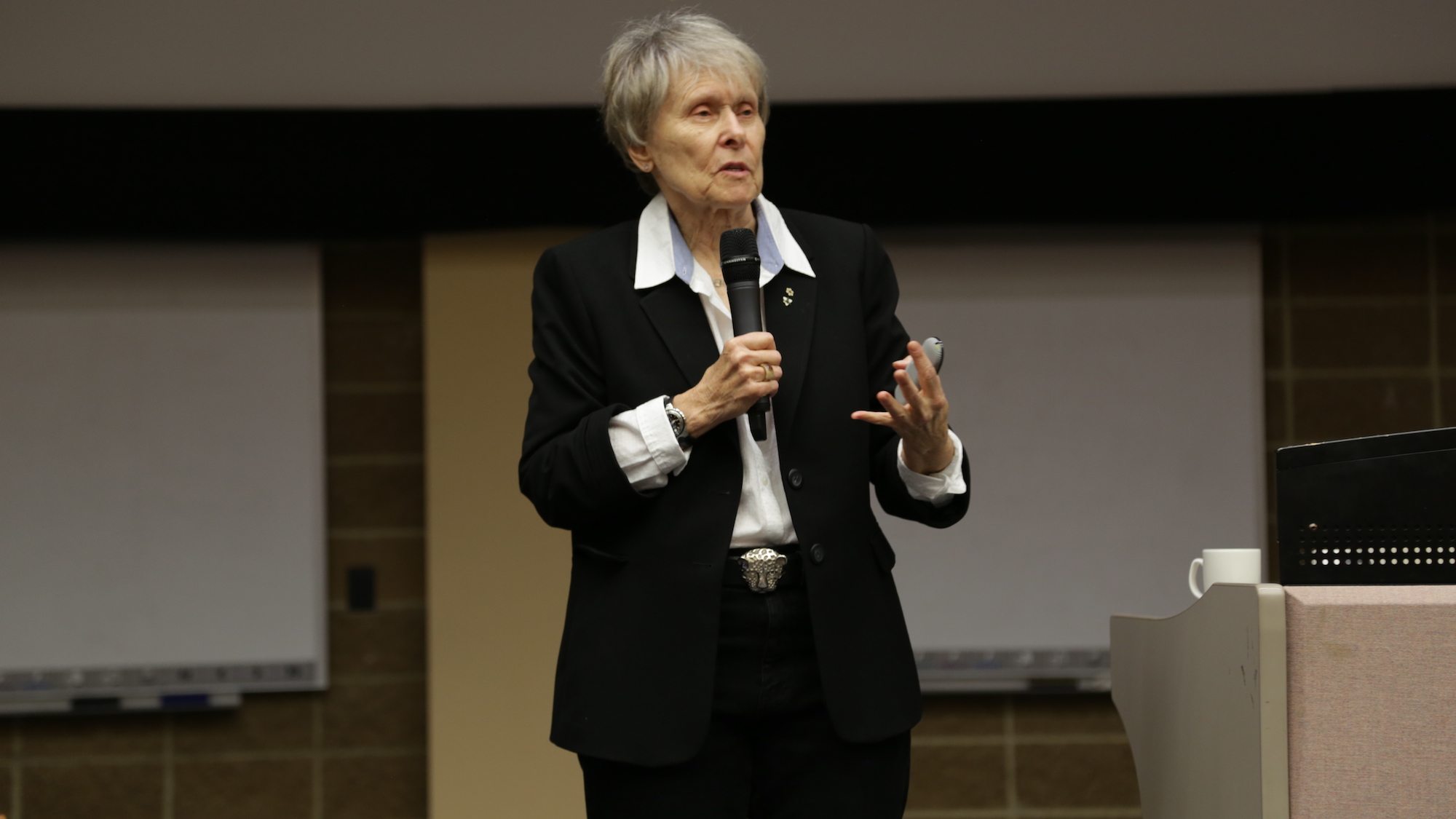 Like president or doctor, once you go to space, you retain the title of astronaut.

“Some people say former,” says Roberta Bondar, astronaut, neurologist and landscape photographer. “But I don’t think of it that way. Because if figure I’m on my earth exploration phase of being an astronaut. So why would I give it up?”

Following her keynote speech to a rapt audience at the inaugural Arrell Food Summit, Bondar speaks about the impact of climate change on agriculture as only someone who has left the confines of this planet can.

“One of the huge issues that we face with climate change is the expectations of food around variety in diet. With climate change we see a shift in the ability of the supply/demand chain,” says Bondar, citing rising fuel costs, croplands overtaken by more prevalent breeds of insect, sudden floods in Africa and the threat to rice production in Asia. “How do we help secure a food supply and the food chain for individual countries?”

While Bondar asks more questions than she (or anyone) has answers for, the one thing she can tell us with certainty is that space is dirty. When you floss in space, the tiny flecks that usually stick to your bathroom mirror, instead end up floating in the capsule. During her talk, she shows a video of growing lettuce in space, the astronaut wearing a glove.

“Don’t ask me what else the glove is used for,” says Bondar, all but begging us to inquire how one poops in space.

We did ask. Only one sentence is printable.

“Down here at least you have gravity.”