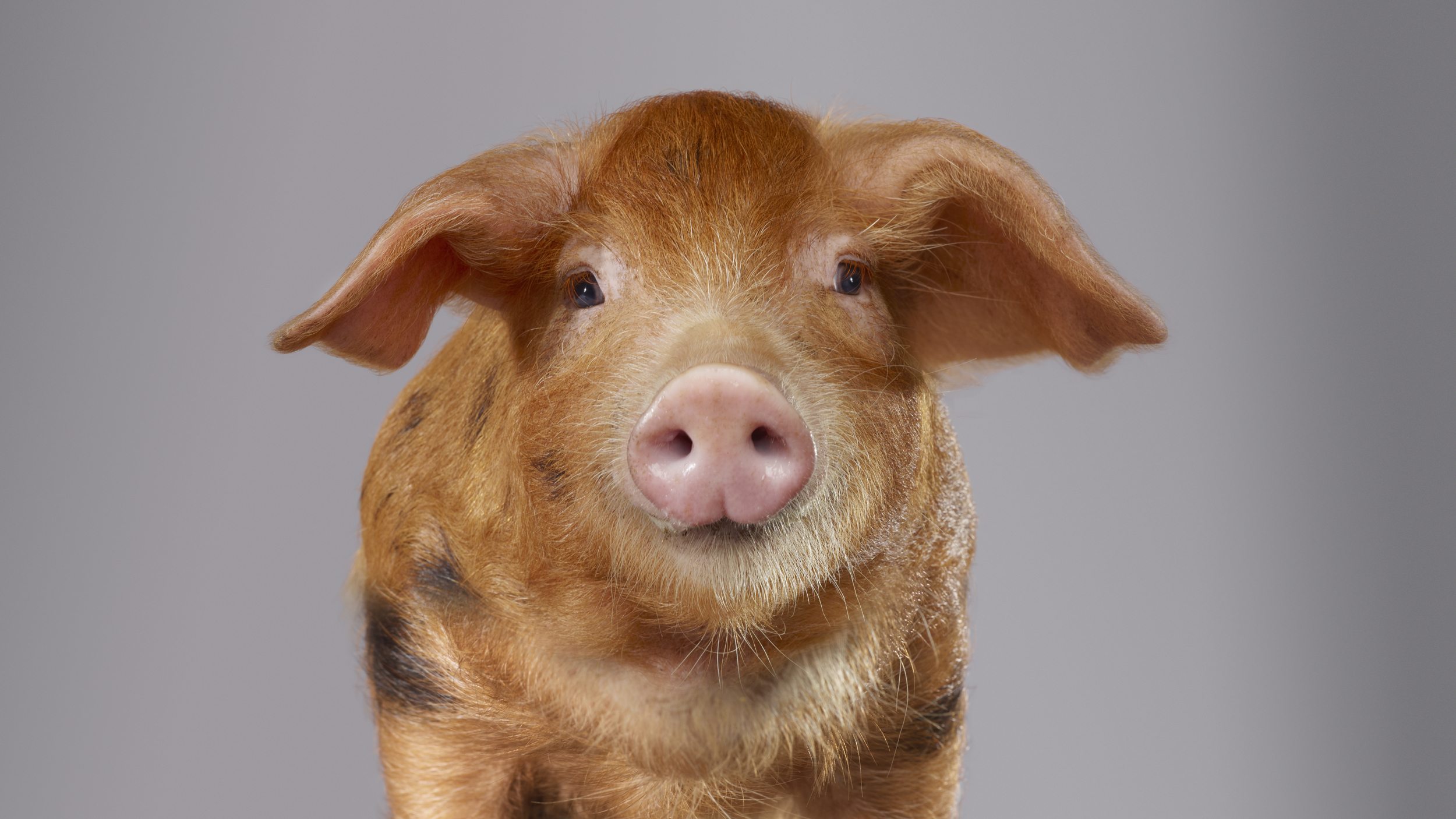 Portrait of a pig

Medical trials are one of science’s toughest challenges, especially when patients are too vulnerable to participate, like premature infants. That’s why human and animal scientists collaborate in research, with benefits for both human and animal life.

Professor Jim Squires is a biochemist who came to the University of Guelph 30 years ago to work in the Animal BioSciences department. His work on the metabolism of pigs has led to valuable discoveries, not only for the animals, but for humans.

We are closer to pigs

Mice and other rodents are usually used as models for human health in scientific work for a variety of reasons. However, mice aren’t good matches to humans for some key functions. Their metabolism does not resemble a human’s; we are closer to pigs when it comes to how we digest and use food.

Squires spent a lot of time working on the issue of boar taint, an offensive smell detectable in the meat of uncastrated male pigs. Scientists are working to find ways, through breeding and nutrition, to eliminate the smell without early castration. While examining boar taint compounds, they started exploring different nuclear receptors in the liver, and how they activate different genes involved in metabolism.

Squires and his team published their research in the Journal of Experimental Biology and Medicine. Dr. Doug Burrin, at Baylor College of Medicine in Houston, Texas, saw the piece and contacted Squires for his assistance.

Baylor scientists are researching a complex issue: premature infants who required intravenous feeding for survival. Because the infants are too underdeveloped to digest food normally, nutritional solutions are given intravenously (called total parenteral nutrition, TPN) while they grow. Getting the solution’s composition just right has been a longtime problem. Preterm infants receiving the solution have a tendency to develop fatty livers and other metabolic problems.

The research on nuclear receptors in pigs was a good fit for determining exactly what in TPN was causing problems. Baylor sent components of the TPN solutions to Squires’ lab at the University of Guelph, and using cloned nuclear receptors from piglets, the Guelph team examined how the compounds affected the activity of the nuclear receptors, and what the consequences were.

They discovered it was phytosterols (plant-based molecules related to cholesterol) in the TPN solution causing the liver problems in infants. To prevent this, fish oils were substituted.

“Translation medicine” has often been both an unexpected and intended benefit of research done at the University of Guelph. Veterinary research by the Ontario Veterinary College at the university has resulted in breakthroughs in research on diseases shared with humans, like cancer.

“Veterinary research at the university has resulted in breakthroughs in research on diseases shared with humans, like cancer”

Professor Kees De Lange is another University of Guelph animal scientist whose work with pigs has benefits for human health. Sclerosis in heart valves is the hardening of heart valves due to the build up of calcium, cholesterol and lipids. When this occurs, a person has a 50 per cent increased chance of death related to cardiovascular disease.

“It is very difficult to study the early onset of heart disease in humans, because you can’t closely observe changes in hearts of people,” De Lange says.  Mice and other rodents are once again not good models for studying cardiovascular health in humans. De Lange’s team worked with the University of Toronto to show that pigs, however, are.

Reaping what they sow

De Lange applies the research to improving animal health as well. His work looks at nutrient requirements of pigs and whether a diet can be designed to reduce the impact of disease on a pig’s metabolism.

“Clearly, with nutrition, we can increase the ability of both animals and humans to deal with stressors, like disease. It’s very exciting research,” says De Lange.