Feeding the mission to Mars 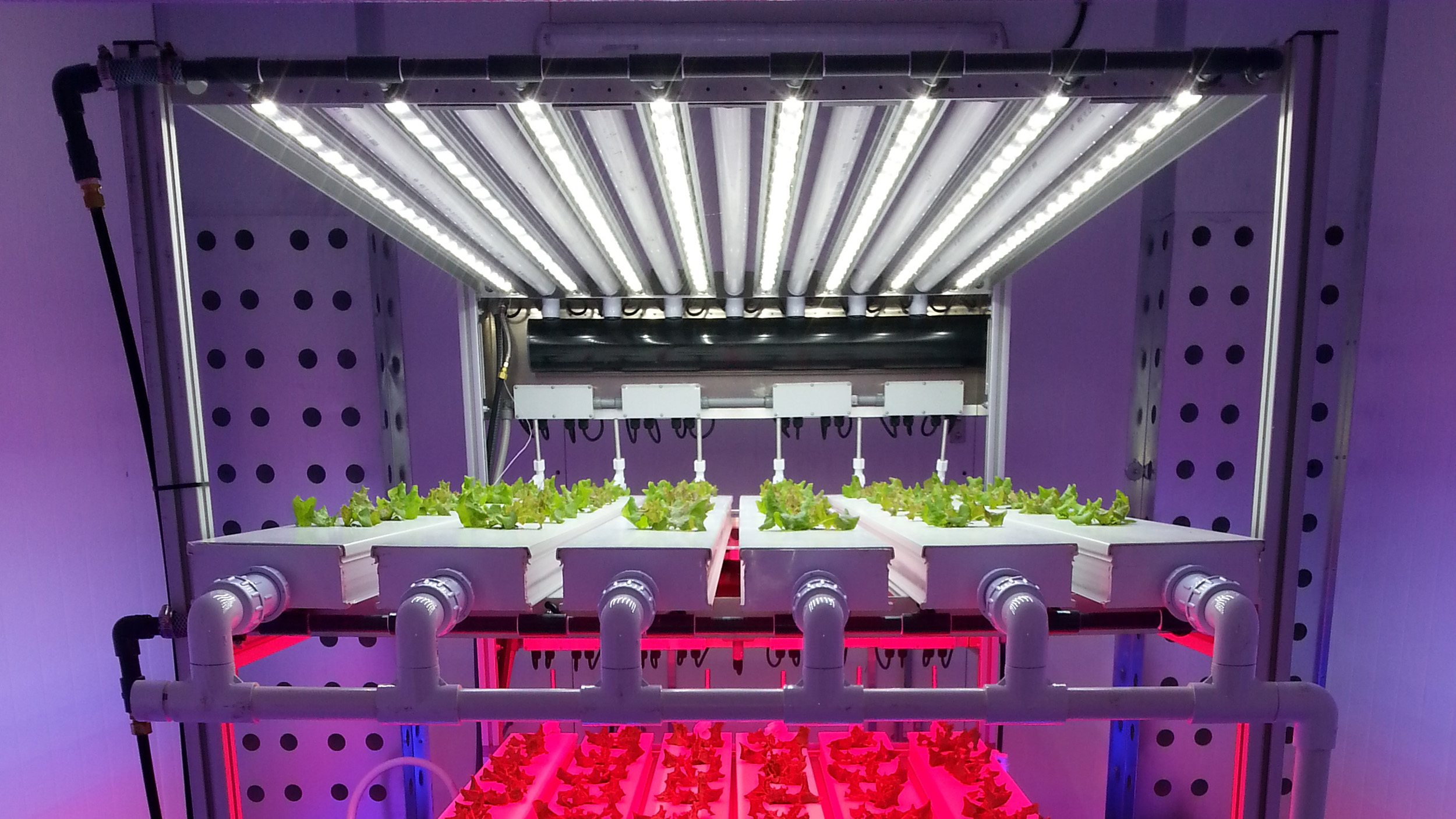 More than 202,000 people from around the world applied to become “Red Planet Explorers” as part of the Mars One project, which aims to land people on the red planet in 2025. Only 24 “astronauts” will be selected, but all are vying for this opportunity of a lifetime.

The mission, for the bravest of the human population, obviously has many challenges, not the least of which is how to maintain a stable living environment on Mars — and growing food in that environment. University of Guelph researchers are working to make life on Mars easier for these valiant voyageurs.

Thomas Graham, who heads up research and development at the university’s Controlled Environment Systems Research Facility (CESRF), has spent much of his career focusing on growing plants in controlled environments, with particular emphasis on plant production in extreme environments such as the Canadian high arctic and space. After completing his undergraduate, master’s and PhD at the University of Guelph, Graham applied to the NASA Post-Doctoral Research Program (NPP) and was selected for a position at NASA’s Kennedy Space Center in Florida.

“The NPP is a highly competitive program and admittedly, I was surprised to learn that I had been selected,” he recalls. Graham is bringing the work he initiated at NASA back to the University of Guelph, where it all started.

Graham began his research in alternative environments in the Canadian high arctic while working as a research fellow with CESRF. For 10 years he spent his summers on Devon Island, the largest uninhabited island on Earth, testing the viability of greenhouses on a 39-million-year-old impact crater that has been preserved in the cold climate.

Remotely controlled greenhouses were also of interest to Cody Thompson, who, as a third-year environmental engineering student at the University of Guelph, saw a presentation on CESRF research and pursued a co-op placement there. “It was the coolest place I had ever seen in my life,” Thompson says.

After completing his master’s and PhD, Thompson now works full-time with Graham at CESRF. They focus their research on improving controlled environment plant production, with a particular focus on life-support systems for those who will first set foot on Mars. That includes developing new crop varieties, technologies and horticultural management protocols to improve crop production in spaceflight environments.

“Oddly enough, space [for crop production] in space is limited,” says Graham. “Plants must be small without sacrificing production if they are to be viable candidates for life-support systems in space.”

In his last two years of his three-year post-doctoral program with NASA, Graham worked with Dr. Ray Wheeler on dwarfing crops to make them suitable for spaceflight food production. Collaborating with experts from the United States Department of Agriculture, who were working to develop disease resistance in plums, they found that continuous overexpression of a particular gene (Flowering Locus T, aka FT) led to early onset of flowering and fruit production. The overexpression of the FT gene also disrupted the apical dominance of the plant, which causes trees to grow straight and tall — and results in smaller, bush-like plants.

In a stroke of luck, the plum trees with overexpressed FT were also able to flower and produce fruit continuously, rather than all at once, eliminating the need to shut down parts of the life support system to provide the dormancy fruit trees typically require. All of these new traits overcome barriers that would have prevented the inclusion of tree fruit as crops for human space exploration.

“A further benefit of including plums as a candidate crop for space exploration is their pharmaceutical benefits,” Graham explains. “Plums have a natural phytochemical component that helps prevent bone loss, which is a huge issue for astronauts living and working in microgravity.”

With the ability to reduce the structure of plants to a spaceflight-compatible size, the next step is to optimize their growing environment and nutrient provision. Thompson spent a month at the Canadian Space Agency in 2012, getting a crash course in how this is done.

Shadowing and learning from Dr. Matt Bamsey, who was his predecessor at CESRF before joining the Canadian Space Agency, Thompson learned the ropes of using optical sensors or “optodes” to efficiently manage nutrient solutions

The optodes sense and react to changes in the nutrient solutions. “Plants change their eating habits over time,” Thompson notes. “One nutrient solution won’t always have the right proportions, but it is wasteful to empty the hydroponic system and refill it with a new solution when you think the plants are changing their habits.”

With time, he hopes to advance the technology so that when deficiencies or excesses are found in the solution, the sensor will send the feedback to a control system that will automatically adjust the solution. Increasing automation of the system will allow explorers and astronauts more time to focus on exploration and scientific tasks, without having to worry about food supply.

In late 2013, Thompson had the opportunity to do a preliminary test of the optode sensors in the Andes Mountains of Chile. Invited by the Search for Extra-Terrestrial Intelligence Institute (Carl Sagan Center) to participate in a research mission, for seven days he worked with scientists from around the world to remotely monitor water quality in one of the high altitude lakes using sensor technology. The research mission was in preparation for the space exploration of Titan, a moon of Saturn where the only liquid lakes outside of Earth have been discovered.

The work Thompson and Graham continue to pursue at CESRF is vital to ensuring that explorers and astronauts remain productive and healthy, with continual access to fresh food. As for blasting off themselves, they both agree they’ll stick to watching for now.

“I love the fact that I am contributing to the systems that will keep astronauts alive and well as they push humanity out into the solar system,” says Graham. “But I’ll keep my feet on the ground for now.”

This story was originally published on the University of Guelph’s Ontario Agricultural College website.

U of G Device ‘Phones Home’ From Mars

U of G Helps Get the “Scoop” on Mars

PIXE and XRF on Mars