Mental Health in Agriculture: The Dark Side of Farming 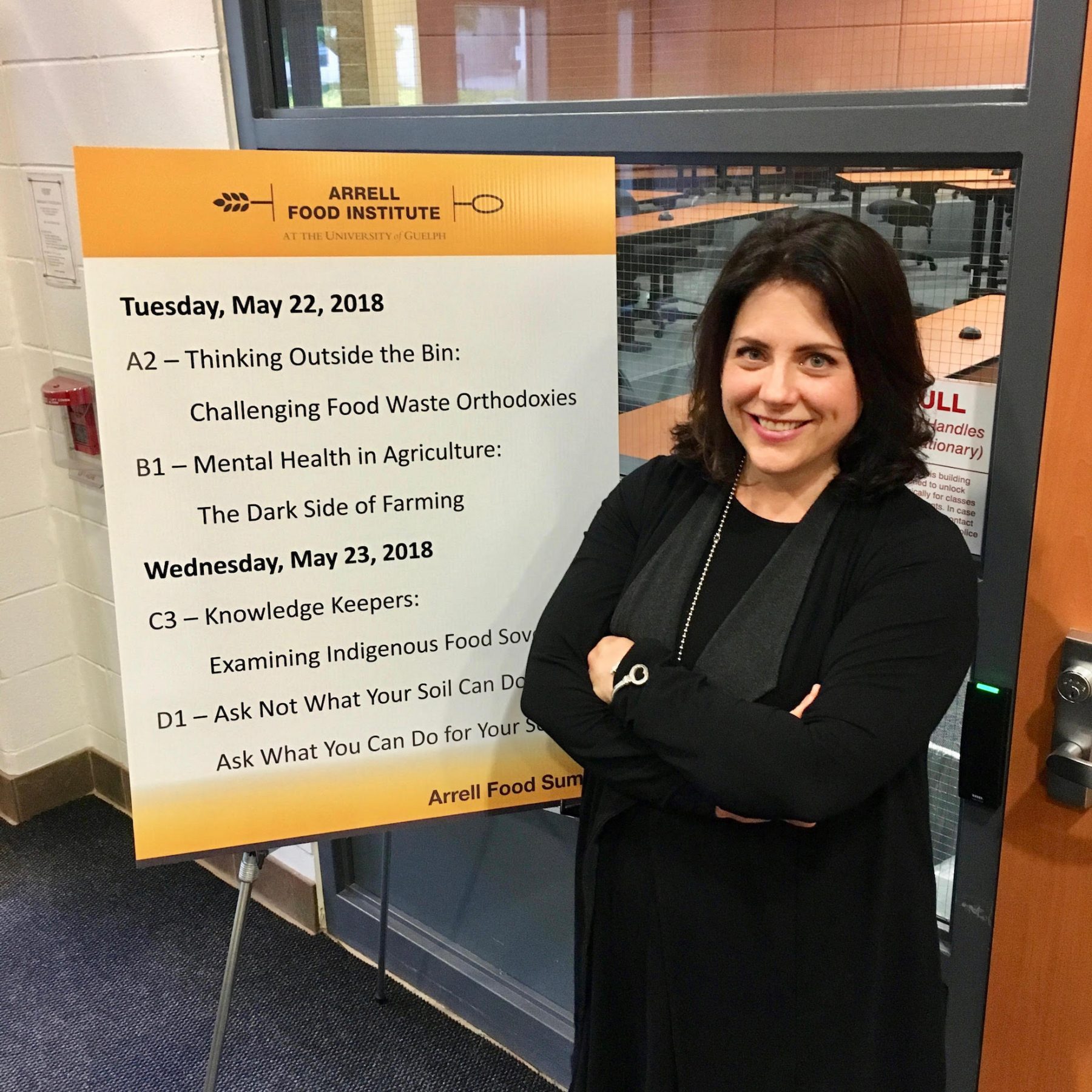 Ontario Veterinary College associate professor of epidemiology Andria Jones-Bitton at the Arrell Food Summit on May 22, 2018.

Farming has always been hard work. But there’s a big drop between honest, hard labour and crushing, financial pressure. That’s why, from New York to India, suicide is on the rise amongst farmers.

“At the University of Guelph, we looked at the health of Canadian famers and found high levels of stress, burnout and anxiety, and low levels of resilience,” said Andria Jones-Bitton, associate professor, epidemiology, Department of Population Medicine, Ontario Veterinary College. “When we talk about using more technology to produce more food, we need to talk about the impact that has on the people producing food, their animals, families and financial bottom lines.”

Jones-Bitton works with farmers to train them in mental health literacy. A huge and recurring issue, she told the audience during her panel session Mental Health in Agriculture: The Dark Side of Farming, is Facebook, Instagram and Twitter.

“Social media is a double-edged sword,” said sixth generation swine farmer Stewart Skinner. “I have a group of pig farmers that I only know through social media, in Scotland, Ireland and so on. That is really great. On the downside, if a certain president is the first Twitter account you check every morning, that can be the downside.”

Most of us have experienced how social media has trended toward mob justice, but at the same time its power to connect us with new and interesting people. For farmers, who are literally siloed from society, that last part can be a blessing. But it quickly turns into a curse, when the lack of understanding between urban and rural communities leads to misplaced criticisms of farming practices.

“I’m not a capitalist wearing a top hat, trying to figure out more ways to make money by mistreating animals,” said Skinner, throwing up his hands. “But there are times when you can pull something out of context at the best-run animal facility, in a one or ten second clip, and it can look horrible. One thing people can do to support farmers is to stop vilifying us for running businesses and trying to make a living.”