Podcast: Do you know what you’re eating? 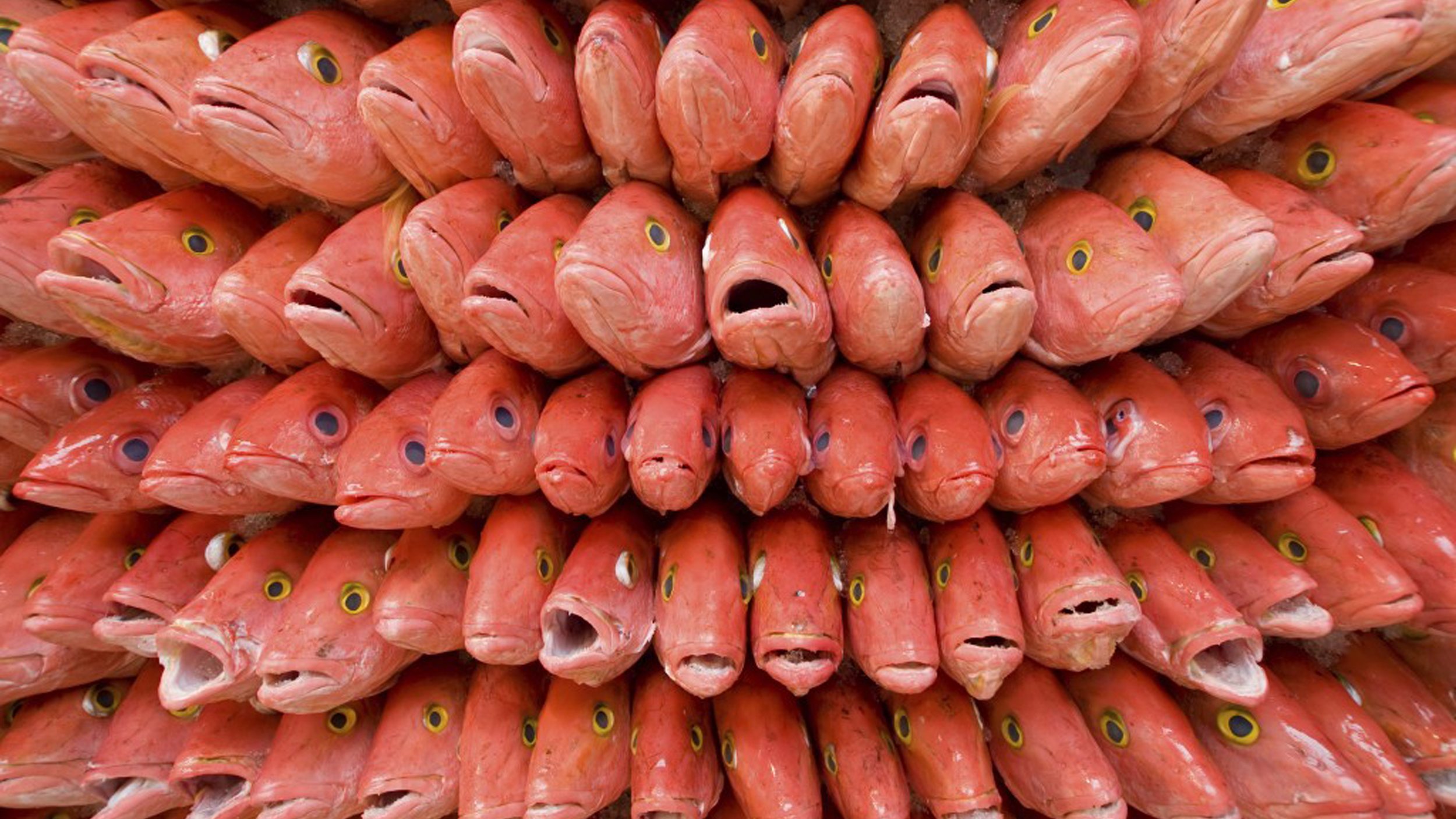 Frozen fish at a market stand.

Food fraud is unethical, illegal and can be dangerous. And it’s a global phenomenon that is getting worse as organized crime infiltrates the food supply chain. At the University of Guelph, scientists are using sophisticated tools to sniff out the fakes.

You’re listening to University of Guelph’s Food Institute podcast — the hub for exciting and innovative food research across all fields of study.

I’m your host Catherine Jheon. Each episode we’ll put the spotlight on one fascinating field of food research and the people behind it.

Today’s episode is all about food fraud. Do you really know what you’re eating?

I don’t want to scare you but there’s a chance that the wild salmon you paid for at the supermarket may actually be the cheaper farmed kind. And that that spice you recently bought may contain traces of crushed nutshells which is used as a cheap filler. Not to mention that big bag of rice you got on sale — could be part potato starch.

These are some of the shocking findings Bob Hanner and his colleagues have discovered at the University of Guelph.

My name is Bob Hanner, I’m an Associate Professor here at the University of Guelph. I do molecular species recognition research where we use tools like DNA sequencing barcoding for food security so that that includes food authentication, bio surveillance, seafood…

The lab is well lit and well organized lined with test tubes and vials with various stations for carrying out different of experiments. It’s pretty much what you’d expect a chemistry lab to look like.

This is where Professor Hanner and his team test to see if our food is labelled correctly using DNA technology.

We’re trying to help consumer and industry from problems of food fraud. We’re seeing an increase level of infiltration on of the food supply chain by organized crime.

Yes you heard that right. It seems organized crime getting into the lucrative business of food fraud in a big way.

Compared to trafficking and weapons and narcotics food fraud is not well enforced and when you are caught the penalties are not as severe. (CJ) So interesting because you hear about fake Gucci bags not you don’t think about food roped into that category. Most people don’t. We tend to think that food supply is safe and in most cases it is but it isn’t invulnerable.

Take fish. As professor Hanner explains,   Fish is particularly vulnerable to fraud because once it’s been filleted, packaged or cooked, it’s incredibly difficult to to verify what kind of fish it was.

What we were shocked to find was that roughly one in four filets were mislabeled always a species of a lower economic value being substituted for a higher economic value.

That means there’s a good chance that the forty dollars per pound you spent on white tuna could actually be escolar — a fish that sells for much less. In fact a 2013 study by Oceana, an Ocean preservation organization, tested over 114 samples of tuna, and found that 84 per cent of the white tuna samples were actually escolar

The practice unethical, illegal and can be dangerous. Escolar can cause cramping, nausea and what some fishmongers call “a laxative effect.” Escolar is banned in countries like Japan and Italy because of its potential side effects.

The scary part of food fraud is that it’s a global phenomenon.

As we published some of this work, number of our colleagues repeated the test worldwide we found this is a problem systematically globally. It’s happening if Europe, Asia… pretty much happening everywhere.

I should mention here the Barcode of Life Database. All this food authentication using DNA technology wouldn’t be possible without it. The Barcode of Life Database which is headquartered at the University of Guelph is a huge global project involving thousands of researchers from all around the world working together to build a comprehensive DNA barcode library for essentially… all of life.

It started back in 2003, when University of Guelph professor Paul Hebert proposed DNA barcoding as a way to identify species — much like the way a supermarket distinguishes products using the black stripes of the Universal Product Code.

Fast forward to 2016 and researchers around the world have barcoded over 5 million specimen from 100,000 species. What that means is if you have the DNA sequence, you can look it up in the DNA library to find out exactly what it is. And that’s how Professor Hanner was able to uncover the high instances of fish food fraud.

Although he’s been uncovering food fraud for a decade it still catches him off guard.

Yeah um you know just the amount of mislabelling in general has been an eyeopener to me. And as a consumer quite worrisome uh This isn’t just about seafood, we see fraud in ground meats where things that are purported to be turkey sausage is adulterated with chicken which is cheaper, we’ve seen uh evidence of goat meat which is sold to in ethnic markets here is actually uh mutton, typically goats will command little bit higher price because there are fewer production farms harvesting goats commercially, uh we’ve found some cheeses that’s supposedly made with goat’s milk has cow’s milk which is of course cheaper, it’s an adulterant. So it doesn’t matter whether you’re talking about meats, cheeses, oils or natural health products, we found evidence of fraud in all of these food sectors including herbs and spices, where ground up nutshells are being dumped as fillers into different kinds of spices. And of course if you have sensitivities or allergic reactions to some nuts, that could be very bad for you you know some of the fillers are very benign, in herbal teas we’re finding things like alfalfa, it’s never on the label but it’s just a cheap filler. Probably limited significance in terms of human health but then again still fraud.

What can we consumers do in order to protect ourselves against food fraud besides tracking down our own do it yourself DNA testing kit. Although that is something Professor Hanner and his team were testing the day I visited the lab.

Well consumers are becoming increasingly empowered through knowledge. Being aware of food fraud is the first step. And then starting to ask questions.   It’s hard not to get a little paranoid as a consumer. I agree. Since I began doing this kind of research. I will be honest, it’s caused me to shift my diet preparing more meals from whole foods. That’s not a bad thing. That’s not a bad thing at all. Thank you. Thank you.