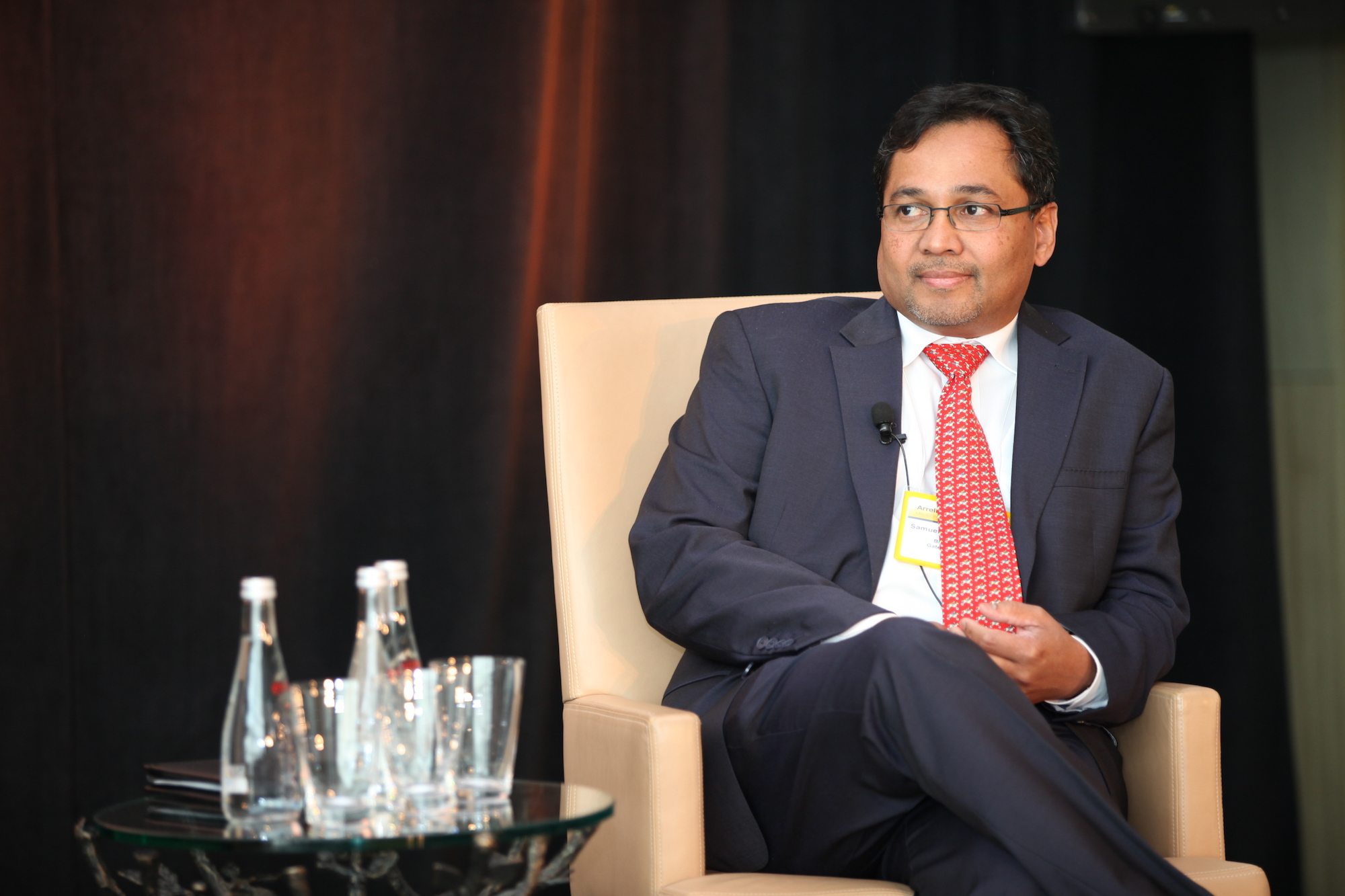 Closing out the inaugural Arrell Food Summit on a hopeful note, Samuel Thevasagayam tells the crowd about how he sees the role of the Bill & Melinda Gates Foundation in farming.

“The reason we exist is because markets have failed poor people,” says Thevasagayam, who serves as Deputy Director of Agriculture Development at the Foundation. “When markets function and public sector governs it properly, most needs are met. But the public sector can’t fix everything.”

Started in 2000 as a health organization, the Foundation evolved into dealing with poverty, hunger and inequality. In 2006 they moved into agriculture.

“How can we help the small-holder farmers make the most of what they are doing and transfer out of farming?” asks Thevasagayam. “How can we use crops and livestock to drive economic betterment?”

There are over 400 million small-holder farms, each with less than 2 hectares of land, which is insufficient for even sustenance farming.

“This is where we focus our efforts primarily on women. Where we can facilitate women to thrive in agriculture and get the hold of assets as well as income, the household outcomes are much better, both nutrition-wise and education. And hopefully the next generation will go to higher value jobs. The real long-term leapfrog is generational. But at the same time we’re not just waiting for that.”

One of the things they did was we call the CEOs of the top eight multinational animal health companies and ask if they believed a report that demand for animal protein in Africa, where 25 percent of livestock die from preventable diseases, would grow at an astronomical rate.

“They said ‘Yes, but we can’t do business there because there’s no regulations and the entry cost is so high and the customer base is so dispersed that we can’t make a profitable business,’” he explained.

“It was a chicken-and egg situation. So we brought both parties together and for 18 months 4 of the top animal health companies in the world are doing business in Africa. And it is a message that says there is a market there. So now entrepreneurs are coming out and doing business with multinationals. We are able to use the private foundation capital to do what others can’t. Because we are willing to take that risk.”