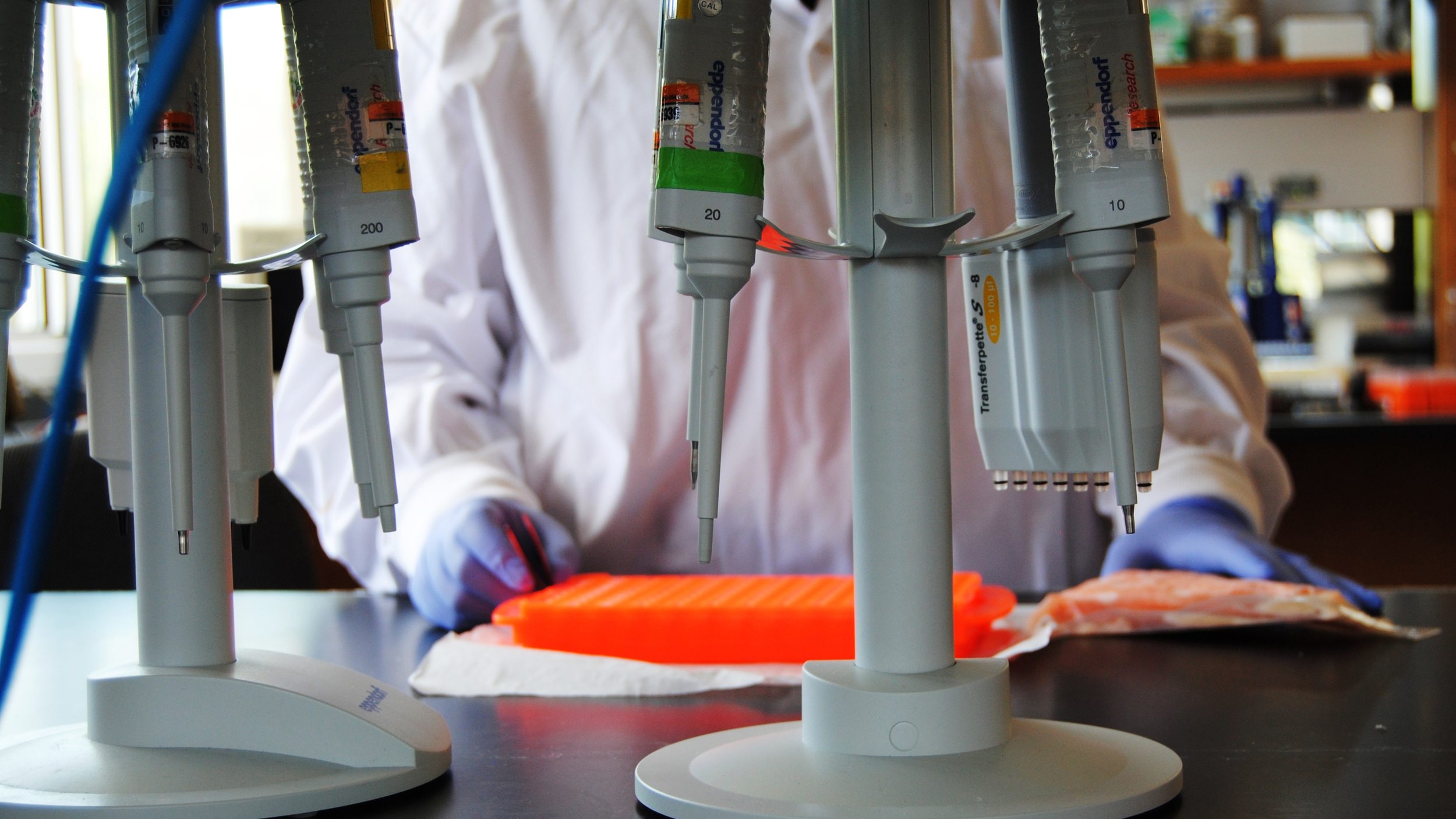 The Barcode of Life database is an ever-growing catalogue of five million DNA sequence records, representing 500,000 plant and animal species.

Dr. Robert Hanner’s work on sniffing out fraudulent fish made headlines eight years ago when his team used DNA testing to discover that one in four fish fillets found on sale in Toronto and New York was mislabelled, with lower-value fish substituting for higher-value fish.

With a new project in partnership with the Canadian Food Inspection Agency (CFIA), the associate professor at the University of Guelph is taking DNA-based diagnostic testing much further. His lab is developing bio-surveillance tools to detect pests, unwanted plant species and a broad array of fraudulent food so CFIA agents can prevent them from getting into our food supply. The effort will, if all goes according to plan, increase Canadians’ confidence that they’re eating exactly what they think they’re eating, while speeding the flow of international trade. In January, CFIA provided $323,000 to support the collaboration for 18 months.

Checking imports against a library of DNA

“We’ve been working together with CFIA to showcase that the power of our research tools matches their regulatory mandate,” says Hanner, who is also associate director for the Canadian Barcode of Life Network, which is headquartered at the Biodiversity Institute of Ontario at the University of Guelph.

The Barcode of Life database is an ever-growing catalogue of five million DNA sequence records, representing 500,000 plant and animal species. Since there’s DNA in every cell of every living thing, a small tissue sample can precisely determine the species of anything in the database. The possible applications of the database, especially for improving agriculture production and trade, are endless. Yet it’s still in the early stages. The current testing process takes place in a laboratory and often requires more time than government and business can spare when, for example, there’s a shipment of perishables waiting at the border. Hanner’s team has been developing tools that are portable, easier to use and more specific to what CFIA, other regulators and agri-food companies need.

Rather than use conventional DNA-sequencing techniques, the team’s new genomic tools employ a molecular probe that can target a specific species. “That kind of a test can be deployed on site. So now my question is not, ‘What of all species is this?’ but, ‘Is my cod cod?’ We can develop a portable red light-green light test to allow you to run this in a matter of hours on site.”

Molecular probes have other advantages over conventional DNA barcoding. For example, in mixtures, a probe can determine not only the dominant species, but also the quantity of other species in the mix. Olive oil may be the main ingredient of product labelled “pure virgin olive oil,” but a molecular probe could determine how much canola oil is present. Some products may contain more unexpected material—like pests—than we want. Molecular probes can also be more effective with highly processed food, since pressure and heat can degrade DNA.

This kind of testing can also be used to find microbial pathogens like viruses and fungi in plants and soil. Right now if an importer wants to introduce new varieties of plants to Canada, the quarantine period can be as long as eight years. Plants are contained in greenhouses until they reach a stage where diseases can be spotted by a conventional visual inspection.

“Obviously, that lag is expensive and slows the spread of potentially useful new varieties into the Canadian production system,” says Hanner. By checking the quarantined plant’s DNA against viral sequences in the database, the quarantine period can be shortened to as little as 24 months.

Molecular probes do have some limitations. DNA can’t determine chemical adulteration or tell the difference between species that have split from each other very recently in their evolutionary history—between a black duck and a mallard, for example. But as the database gets more robust, it will be able to do more.

Teaching agents how to use genomic tools

Training is an important part of leveraging these new tools. CFIA employees are currently auditing an Introduction to DNA Barcoding course to help create a new course on the regulatory applications of DNA barcoding. Meanwhile, Hanner’s team has had at least one breakthrough when they applied the new tools to some Canadian meat products. In one case, they found turkey sausages adulterated with chicken, which is cheaper.

“The tools the CFIA has been using can’t actually differentiate between chicken and turkey. All it could say was poultry,” he says. “As we developed some of these DNA-based tools, we’ve found there are issues of mislabelling in our existing food supply.”

Podcast: Do you know what you’re eating?

Fish fraud: Catch of the day may be mislabelled