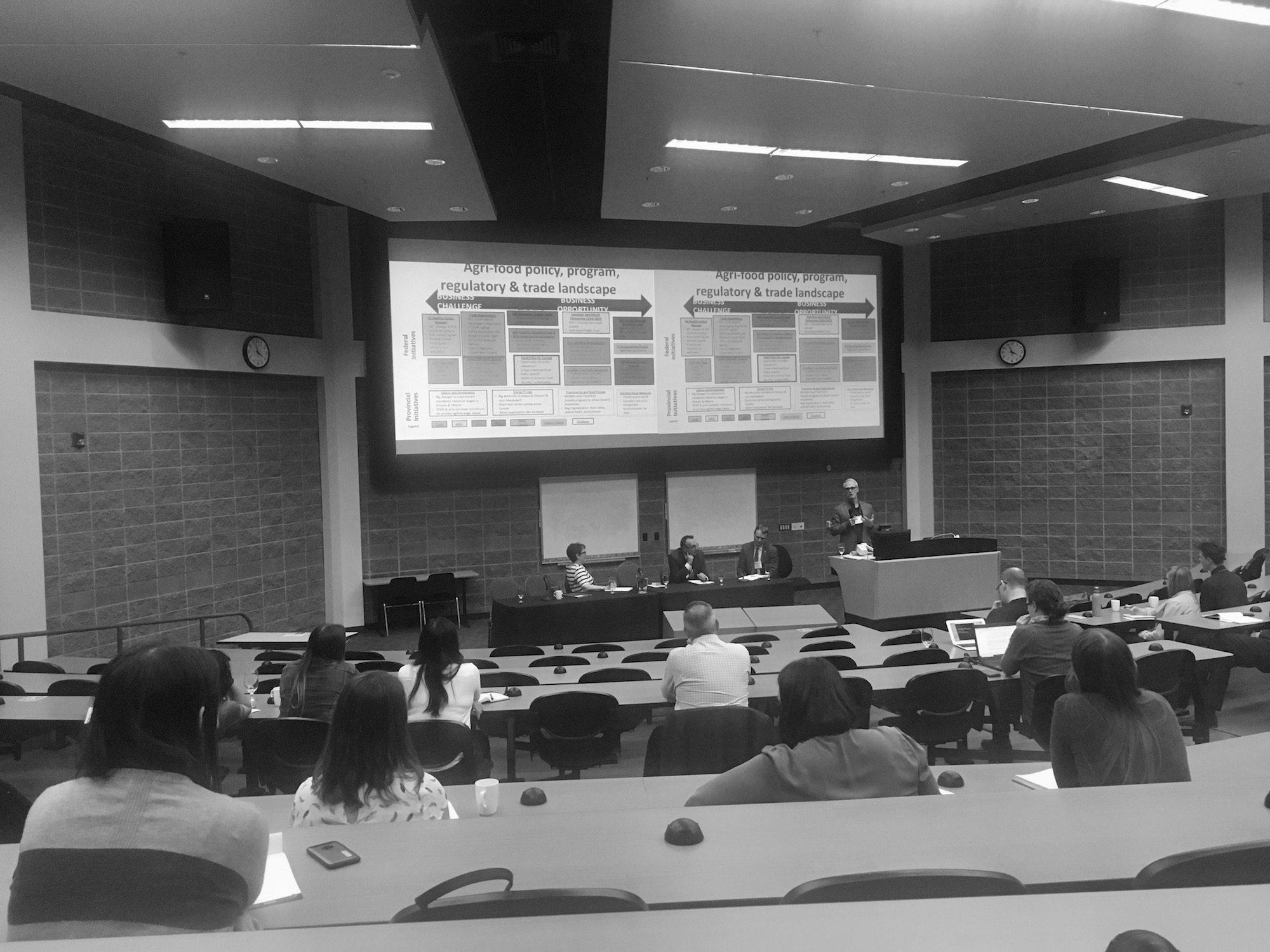 If the “Food Policy for Canada” session had a theme, it was “waiting”. For the last 18 months, Canada’s federal government has been consulting with stakeholders, industry, civil society and academics on a widespread policy that would cover a host of food issues. And in this room at least (with Tom Rosser, Assistant Deputy Minister Strategic Policy, Agriculture and Agri-Food Canada being coy about it), there was a feeling that the “what we heard” from consultation report was about to be released imminently.

“Civil society has never been at the table before,” an excited Food Secure Canada executive director Diana Bronson told the room. “We knew that was important, or the food policy would just be another policy on a shelf.”

While we waited, Bronson outlined her hopes for a national food policy

Beside her on the panel sat Rory McAlpine, who might seem an unlikely ally, as senior VP of Government and Industry Relations for Maple Leaf Foods.

McAlpine had been worried about opening the door to civil society and academics, fearing criticism and an activist presence along with it. But he sees the process as essential.

He is quick to remind the audience of the listeria outbreak in 2008, that Canadians died as a result of consuming Maple Leaf products, as a reason for our need of a national food policy.

“Our sector is being loved to death,” said McAlpine, “The one thing that disappointed me about the Barton report is that it made absolutely no mention of climate change,” said McAlpine, referring to a 2017 report by the Advisory Council on Economic Growth.

McAlpine, who defines Maple Leaf as more of a protein company than a meat company (they’re developing plant and insect based products), tossed around the phrase “capitalism 2.0 to see if it landed (it didn’t) and express his desire for a level and ethical playing field.

“We’re being embraced by the government. As an economic sector, we’re in a golden moment. The federal government has identified Agri-Food as one of the key sectors for growth. But there’s so much happening that there’s a lot of speed bumps. As much as we want to be purpose-driven, it only works if we are in a country that has a food policy.”