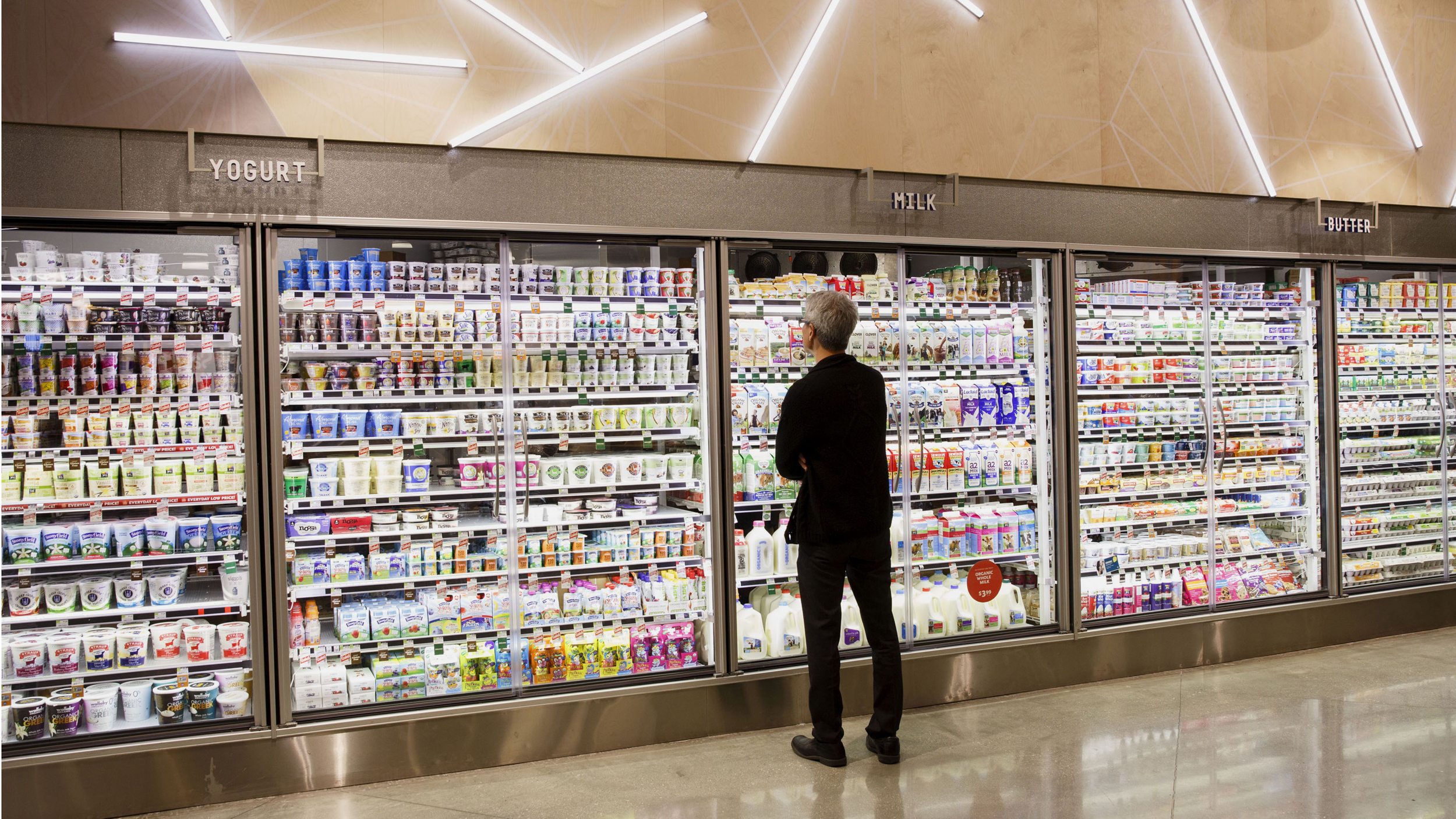 Some years after the sweetness of turning 16, and the rush of reaching voting age, milestone birthdays become a bit ominous. We blow out our candles knowing that the number signifies the need to book a colonoscopy, submit to regular mammograms or to worry more about blood sugar and less about a piece of cake. By nature, growing older draws us deeper into an ever-escalating fight against disease. The risk of developing cancer, cardiovascular disease, diabetes, osteoporosis — a battery of common but life-threatening scourges — ratchets up with each passing year. So, too, does the strain all this places on Canada’s health-care system.

A chance to eat your way out of danger

The roadmap to health as we age begins at the grocery store, where the question of which orange juice, yogurt, eggs, bread and cereal to buy is more complex than ever. More than just breakfast staples, many of these can now claim the title “functional food.” Their labels are loaded with claims of added calcium, omega-3 fatty acids, dietary fibre, plant sterols, probiotics, prebiotics and more; in the scientific community, these are known as bioactives — compounds that can have a positive impact on health when consumed. They can occur naturally in a food (think anthocyanins in blueberries) or be engineered (omega 3s in orange juice). Food science can also be used to enhance levels of a naturally occurring bioactive, such as probiotics in yogurt, to ensure there is enough of the bioactive to make an impact.

“The majority of chronic diseases have advancing age as a risk factor. The fact that the bioactive can address those diseases means these functional foods are particularly relevant for older adults”

Alison Duncan, a registered dietitian and professor in the University of Guelph’s department of Human Health and Nutritional Sciences, says research increasingly shows that splurging on fancy eggs — and fortified cereal, bread and orange juice — is worth it for a huge swath of the population.

“The majority of the chronic diseases in our society have advancing age as a risk factor,” she says. “The fact that the bioactive can address those diseases means these functional foods are particularly relevant for older adults.”

To spread that gospel, Duncan and her colleagues created “Functional Foods for Healthy Aging,” a toolkit for dietitians to help tailor the dietary choices of older clients. While research into functional foods has been plentiful, Duncan says that to make them truly functional, more must be done to understand both the aging community’s attitudes towards these foods and their comprehension of the health benefits.

In her research, Duncan has found that most aging Canadians are trying out functional foods that make health claims. One of the powerhouses of the current class of designer bioactives is dietary fibre, which comes in many forms. It is found most commonly in breads and cereals as well as fruit and vegetables, and is lauded for its ability to reduce risks of diabetes and heart disease. One team Duncan is working with at the University of Guelph is experimenting with a form of dietary fibre called resistant starch; folded into what the team calls the Better Bagel, and consumed once daily, it could help reduce the risk of developing diabetes.

Lentils, though, have proven to be a tougher sell. While Canada is the world’s top exporter of the pulse, domestic consumption is low. New research Duncan is involved with could give the lentil new lustre for those at risk of or suffering from diabetes. A recent study shows that eating lentils actually reduces the spike in blood sugar following a meal. The implications of this are huge: by replacing carbohydrate-rich foods (think white bread or rice) with lentils, people at risk of developing Type 2 diabetes could keep their blood sugar more stable and reduce their body’s need for insulin. Those already suffering from diabetes would also benefit.

Taking on the f-word

In his University of Guelph lab, Alejandro Marangoni is working to improve one of the most daunting f-words of our generation: fat. A Canada Research Chair in Food, Health and Aging, Marangoni is also an expert in the structure of fats and oils. Over the years he has worked with industry partners to figure out how to remove trans fats from food product (great for shelf stability, bad for heart health), how to decrease saturated fats (again, bad for heart health) and how to reduce the calories that come from fat. In other words, Marangoni is on a mission to figure out how fat, in this industrialized global food system that relies on it as a key ingredient, can be made healthy. What he has come up with is a fat replacement called oleogels, a gelatinized form of what begins as just about any form of liquid oil (read: potentially local, healthy, ripe for loading up with bioactives).

“People are excited for the use of this material as if it was a fat,” Marangoni says. “It can be made from virgin oils, minimally processed ingredients. And you can load it up pretty good with vitamins, an antioxidant, whatever you want.”

Marangoni’s work has the potential to revolutionize processed food by replacing what is its most damaging ingredient — harmful fats — with alternatives that fortify. “If we have a lot of polyunsaturated fats, like soybean oils, canola oils, our blood profile improves along with a whole bunch of other things,” he says.

“People forget that cheap food is really important for most of the world and processed food is an important component. It would be so nice if everybody could eat food products that don’t have a long shelf life, don’t have additives or preservatives, but that’s not reality.”

Diabetics Have a New Reason to Love Lentils

Farmers, Aging People: An Opportunity to be Opinion Leaders

Fat: The Good, the Bad, and the Tasty