The queen of optimal eating 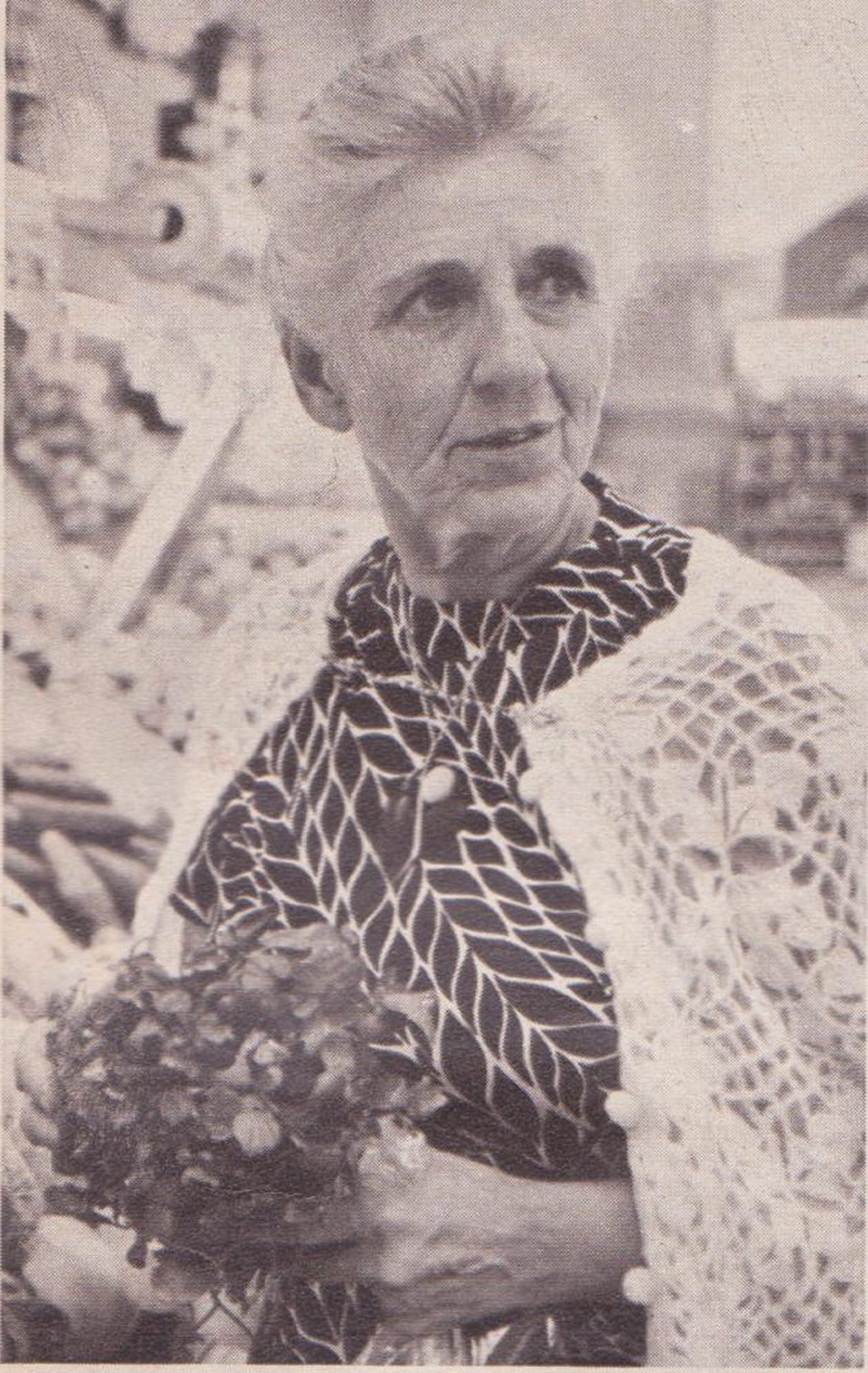 Adelle Davis was one of America’s first food celebrities.

Evangelizing the power of vitamins and minerals in our diets and demonizing over-processed food, Adelle Davis became a health food guru for the hippie generation, selling more than 10 million books over several decades.

At the height of her fame in the late 1960s and early 1970s, Davis was one of America’s first food celebrities. In magazine features and on TV shows, she cut a striking figure as the sage Earth mother, with flowing silver hair and daily nude swims in the pool of her California home. But Davis’s background was far from radical. Born in 1904 into an Indiana farm family, Davis studied economics, household science, nutrition and biochemistry. When she started writing books about food and nutrition during the 1930s Depression era, the main health issue on the minds of her readers was whether Americans were getting enough food to eat.

“In the early decades of the 20th century, many new vitamins and minerals were identified and nutritionists were becoming aware of the complexity that could lead to optimum health,” says Catherine Carstairs, an associate professor and chair of the Department of History at the University of Guelph. “Even those who might seemingly have enough to eat — they weren’t visibly losing weight — weren’t seen as eating enough of what was good for them.” Carstairs’ 2012 article, “‘Our sickness Record Is a National Disgrace:’ Adelle Davis, Nutritional Determinism and the Anxious 1970s,” examines how Davis captured the public’s imagination with books like Let’s Eat Right to Keep Fit and Let’s Get Well.

“She recommends this huge breakfast, these daily mid-meals. There was a long list of supplements to take. It was a rather extreme way of eating”

After the Second World War, the mainstream nutrition community became increasingly relaxed about what people should be eating. Weren’t Americans the best-fed people in history? But Davis’s consistent message was that if people ate more “vital” foods, they’d be healthier. She was well into her 50s by the time the hippies came along, advocating for vegetarianism and natural eating. To them, she came across as a cool grandmother who knew science.

“If you look at the back-to-the-land movement of that time, some of the young people of the hippie generation had a real attraction to their grandparents because they perceived they had lived a simpler, more basic life the hippies wanted to get back to,” says Carstairs. “When I talk to people casually about how they remember Adelle Davis, some say things like, ‘She totally transformed my eating. I became a vegetarian because of her.’ Which is funny. She believed vigorously in the importance of eating protein and recommended a very meat-heavy diet.”

Davis coined many well-known phrases including, “Eat breakfast like a king, lunch like a prince and dinner like a pauper.” But readers found her compelling, in part, because her books were well-researched and filled with footnotes and citations. “She wasn’t necessarily accurate about everything she wrote, but it was definitely couched in a scientific veneer, full of facts and figures, with evidence she had read the peer-reviewed literature. It appealled to an audience that was increasingly well-educated,” says Carstairs.

Davis adapted several of her positions over time. After advocating the use of food colouring in an early book, she disavowed it as unhealthy by the time a later paperback came out. Following her recipes and food preparation advice was time-consuming and often expensive.

“For her daily diet, she recommends this huge breakfast, these daily mid-meals. There was a long list of supplements to take. It was a rather extreme way of eating,” says Carstairs.

Early estimates of optimal doses of vitamins and minerals were very high. A number of medical professionals claimed that people had gotten sick by taking the extreme amounts of supplements recommended by Davis. This hurt her reputation. Her promotion of raw milk remains controversial to this day.

Davis died in 1974, and by the 1980s, had fallen out of fashion. But threads of her theories live on our multifaceted worries about what we’re eating, including current angst over pesticides, over-processed food and excess sugar.

“Access to food, if you’re a middle- or upper-class Canadian, is better than it’s ever been and yet we’re far more worried about what’s in our food than ever before,” says Carstairs. “Food celebrities like Adelle Davis pick up on the parts of science that support their argument. But we probably need to be skeptical about the way they’re representing what the science is saying.”

Books by Adelle Davis on Amazon.com

Should I eat breakfast?: Health experts on whether it really is the most important meal of the day