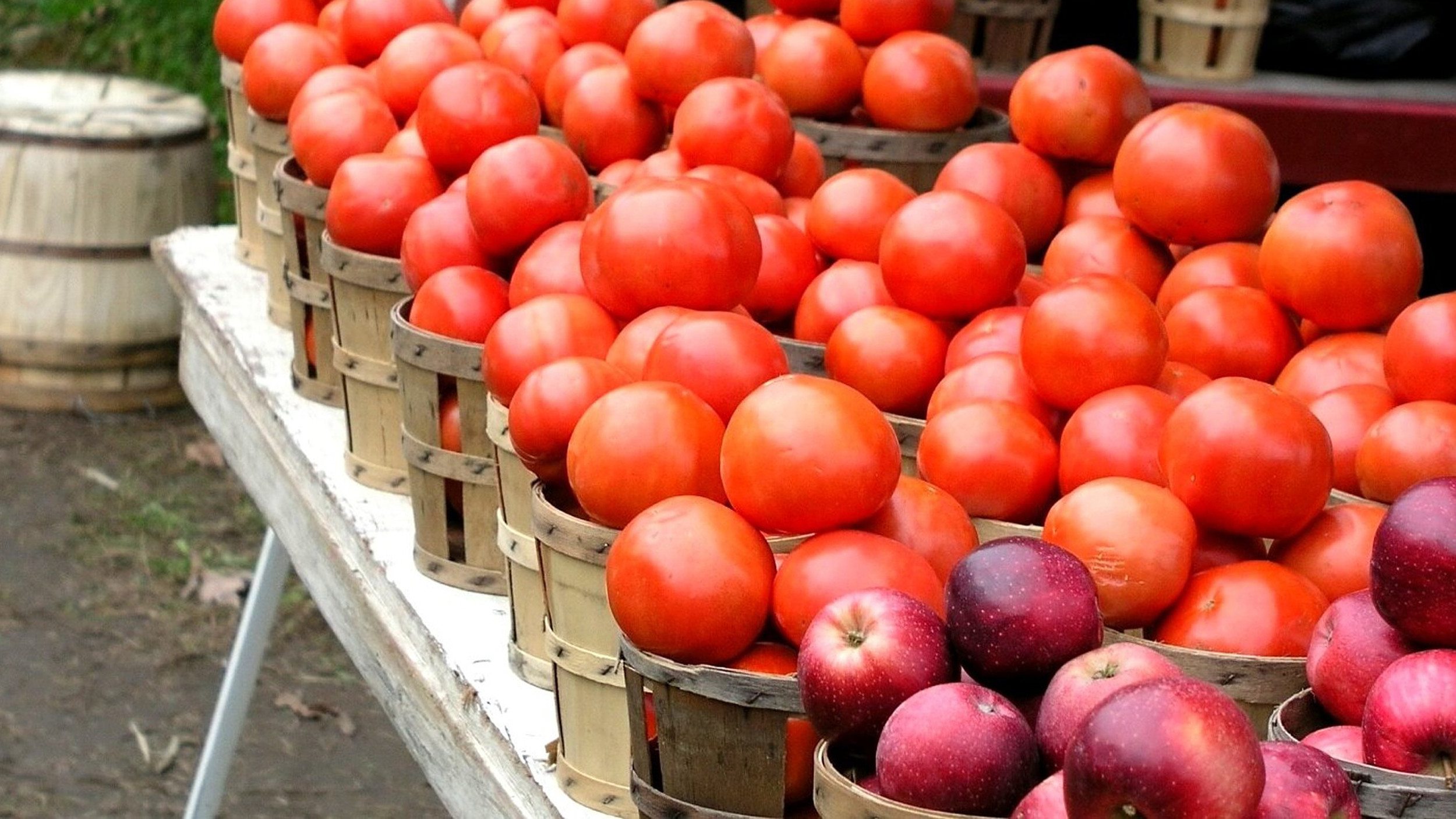 Food insecure families in Guelph were going months without having any fruits or veggies.

Imagine getting your groceries in a place where shelves are bulging with boxes of macaroni and cheese, ramen noodles and endless bags of chocolate and candy. There’s nary a polished apple or bunch of kale in sight, but there is pasta galore: dried penne, rigatoni, even tinned spaghetti packed in vermillion “tomato” sauce.

This may be the stuff of college food fantasies. But for hungry families that rely on food banks overstocked with processed food, it’s a recipe for failed health.

The necessity of fruits and veggies

Enter the two Dans. Friends casting about for a community project to work on together in their spare time, Dan Gillis, an assistant professor in the School of Computer Science at the University of Guelph, and Danny Williamson, a writer and community advocate, stumbled across the problem faced by emergency food providers and in turn, their clients.

“It struck a chord with us that food insecure families in Guelph were going months without having any fruits or veggies,” Gillis says. “We are surrounded by farmland. We live in an affluent community. This is ridiculous.”

The situation was ripe for change. First, though, the Dans needed a recipe.

With no expertise in food insecurity, the pair got a leg up from the University of Guelph’s Community Engaged Scholarship Institute, which connected them with the Guelph-Wellington Food Round Table and local emergency food providers. They underwent a crash course in the feast-or-famine cycle that stokes and stymies food bank efforts.

“Most people think about donating once or twice a year when big food drives occur. Then life happens and you just don’t think about it,” Gillis says. Donors can also be trapped in a traditional mindset when it comes to what they give—things that don’t go bad quickly. “We’re brought up to think about peanut butter, Kraft Dinner, dried beans. If all you get is Kraft Dinner… it’s quite dubious to live off,” he says.

These days, food banks no longer require all donations to be shelf-stable. “Many of the different emergency food providers in town have the capacity to handle fresh fruits and veggies,” Gillis says. What they really needed was a way to get that information into the hands of well-meaning donors, on a regular basis.

Gillis had just the task force in mind to figure out how.

A statistician by training, Gillis had jitters when he stood in front of the University of Guelph students in CIS3750, a software design-and-construction course with an established cool factor that he was about to turn on its head. “You’re probably expecting to build a video game,” Gillis told the class. “That’s not happening. Instead, you’re going to be working with the community.”

The semester’s assignment, Gillis told them, was to use computer science to remedy the quality and quantity issues hampering Guelph’s emergency food providers. It was also an opportunity for the students to venture beyond campus—one they ended up embracing.

“The typical stereotype of a computer scientist is that they don’t really talk, they sit in the basement and they code away,” Gillis says. “But seeing how engaged they were and how willing they were to go above and beyond, it blew my mind.”

By the semester’s end, the class had two possible solutions for the food banks. Over the summer, Gillis and Williamson began crowdfunding to pay for further development of the project; a group of zealous students blended the best parts of each into one solid prototype.

Called Farm To Fork, the website connects emergency food providers with donors by allowing them to “sign up” with the food bank of their choice. Donors indicate the day of the week they are most likely to grocery shop; on that day they receive an email with their chosen food bank’s real-time needs, including fresh foods. “It really caught on and people were very excited—it’s a simple idea but nobody had done it,” Gillis says.

Word began to spread. Gillis woke up one morning to a query from Kentucky—a food bank there wanted to use Farm To Fork. And the emails kept coming, from Australia, from parts of Europe and across Canada. “Of course, this rejuvenated and stoked all of us,” Gillis says.

There was a problem, though. Gillis’ students had only designed their website with local emergency food providers in mind. Already, the partners were calling for updates and a mobile app smart enough to use the location services in most smartphones to ping registered donors when they walk into a grocery store.

The crew of coders has now embarked on an effort to revamp the Farm To Fork website for cross-Canada use. A mobile app is also on the agenda and may be the class assignment for Gillis’ next course. He now adds some element of community work to all of his courses.

“There are a lot of teaching moments we can gain by talking to the community,” Gillis says. “We need to build that bridge to help people understand why the science and research we do is important. If we don’t, people will just see us as these ivory-tower figures hunched over our desks.”