Warning: your morning coffee is in danger 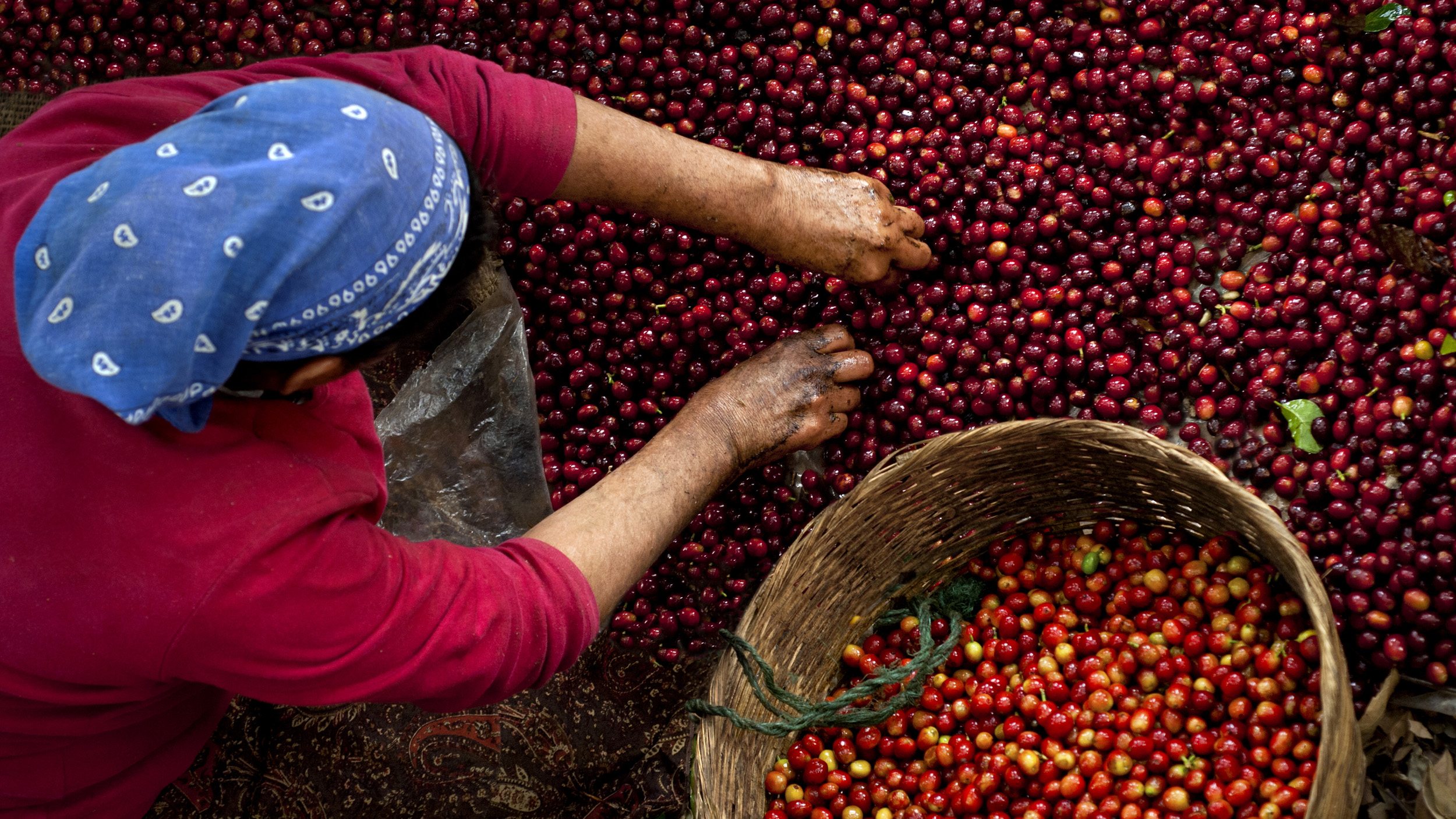 For the coffee lover, these seem like golden times. Home-brewing technology has exploded. Gourmet coffee bars are cropping up in grocery stores and “drive-thru” offerings have expanded well beyond plain old drip to include lattes and a host of java-related libations. Never has it been so easy to come by that much-needed cup — or two or three — of joe.

But while we sip without abandon, a global coffee crisis is percolating.

The “malaria of coffee”

The culprit is a fast-spreading fungus (Hemileia vastatrix) that causes coffee leaf rust, a disease known for aggressively attacking coffee plants. While the rust doesn’t kill off the trees, its spores diminish them by defoliating the coffee plant and inhibiting the growth of fruit. This sharply reduces coffee production and sets off a downward ripple of economic impact on farmers, labourers, their families and beyond. Its spread can be so intense that some scientists who study the rust have dubbed it “the malaria of coffee.”

“Over an infested crop field there would be clouds of spores you can’t necessarily see — picture billions if not trillions of them carried into the atmosphere — coating people’s clothes and the things they carried,” says Stuart McCook, a leading coffee rust expert and associate professor in the Department of History at the University of Guelph. “Spores can travel hundreds or thousands of miles,” he says. “They can cross oceans alive.”

“Spores can travel hundreds or thousands of miles. They can cross oceans alive”

Already, the rust has caused epidemics “in virtually every coffee-growing region of the world,” according to a recent paper written by McCook.

Run or be overrun

Historians traced the first coffee rust epidemic to Ceylon (now Sri Lanka), a British colony that, in 1869, grew famous for its coffee plantations. Those sprawling fields would provide a springboard for coffee rust to begin its global creep. While the British would ultimately become so overrun with the rust that they threw in the towel on coffee in Ceylon (they chose to grow tea instead), coffee farmers in other regions mobilized researchers, governments and international organizations to help manage the disease. The most successful efforts were the growth of disease-resistant coffee plants and the development of fungicides to ward off the rust.

For the next hundred years or so, a war of peace unfolded between coffee farmers and the pernicious rust. “There was almost a sense that people had domesticated the disease — they’d learned how to coexist with it much like humans have learned to coexist with the flu,” says McCook. “It’s kind of a pain … but we’ve got vaccines that will help most of the population manage it.”

Time is running out on that truce. Over the last decade, hastened by the effects of climate change, a cluster of outbreaks known as “the Big Rust” has caused severe losses in some of the world’s top-growing regions, such as Mexico, Peru, the Dominican Republic and Colombia. The list is still growing. The reason? The fungus is mutating, adapting to warmer and wetter climates, showing resiliency, even thriving, where it previously could not.

Farmers, under the pressure, have fewer dollars for fungicides, so they spray less. Inadvertently, they feed the rust: when spraying is reduced or stopped altogether, like a mutant villain, the rust grows stronger and spreads farther. “A time will come where we can’t run hard enough to stay in place,” McCook says.

Mass productivity comes with a big cost, McCook says. “We’ve produced agricultural ecosystems that have been tremendously productive … but they are also tremendously fragile,” he says. “They are more fragile now than before.”

The end result won’t be just a more expensive cup of coffee down the road. “This could potentially affect the lives and livelihoods of hundreds of thousands of people,” McCook warns. “This will always be unfolding. We are never going to be done.”

The Big Rust and the Red Queen: Long-Term Perspectives on Coffee Rust Research

What is the most eco-friendly coffee I can buy? A coffee expert weighs in

Canada AM: Trouble brewing for coffee