What are you looking for

A new solution for autumn favourites

When it comes to transforming agriculture, the Green Revolution of the 1960s is often used as a way of understanding the scale of the changes coming to our food through innovations. Solutions being dreamed up today address new problems, never before faced, and so it should be no surprise that the solutions require systems to change too.

The discovery of hexanal as a treatment for fruit blights and spoilage, originally found by the university’s Dr. Gopinadhan Paliyath, is one such solution. Hexanal is already naturally generated by plants and safe to eat, so scientists like Arrell PhD Scholar Karthika Sriskantharajah and supervisor Dr. Jayasankar Subramanian have tested this nature-provided treatment at large scales to address serious food waste problems – itself a $50 billion issue in Canada.

Karthika’s research focuses on Honeycrisp apples, a widely popular variety with some major production problems that keep prices high and farmers less inclined to cultivate despite consumer demands. The fruit drops from the trees prematurely causing 10-50% of these apples to spoil before harvest even begins, and once in storage, the Honeycrisp tends to develop “bitter pit”, an unattractive and less than tasty breakdown of the fruit. Karthika’s work shows hexanal can help fruit retention by 20% and limit bitter pit development by 18%. At farm scale, that could be a major economic boon for apple growers.

While farmers are clamouring for this transformative technology, hexanal’s unique nature has slowed its adoption. Since it doesn’t fit into well-worn agriculture solution categories like “fertilizer” or “pesticide”, passing through the regulatory system in Canada and elsewhere has been glacially slow.

Karthika and Jayasankar have not been discouraged by these roadblocks, instead becoming passionate advocates and communicators. Throughout her time as an Arrell Scholar, Karthika has written and spoken widely about hexanal’s potential, and with the institute’s support continues to identify new ways to advocate for solutions that don’t fit in a tidy box.

“Food research is essential to unlocking the potential of agriculture,” she says, “thus enhancing the livelihoods of marginal communities in developing as well as developed countries.”

Without new and creative solutions, addressing food loss – itself a significant contributor to climate change – may be limited. However, Arrell Scholars are working to improve the food system through a combination of the high-quality scientific training and carefully honed skills in advocacy and knowledge mobilization that they receive at the University of Guelph.

This story is a part of the 2020-2021 Arrell Food Institute Annual Report. 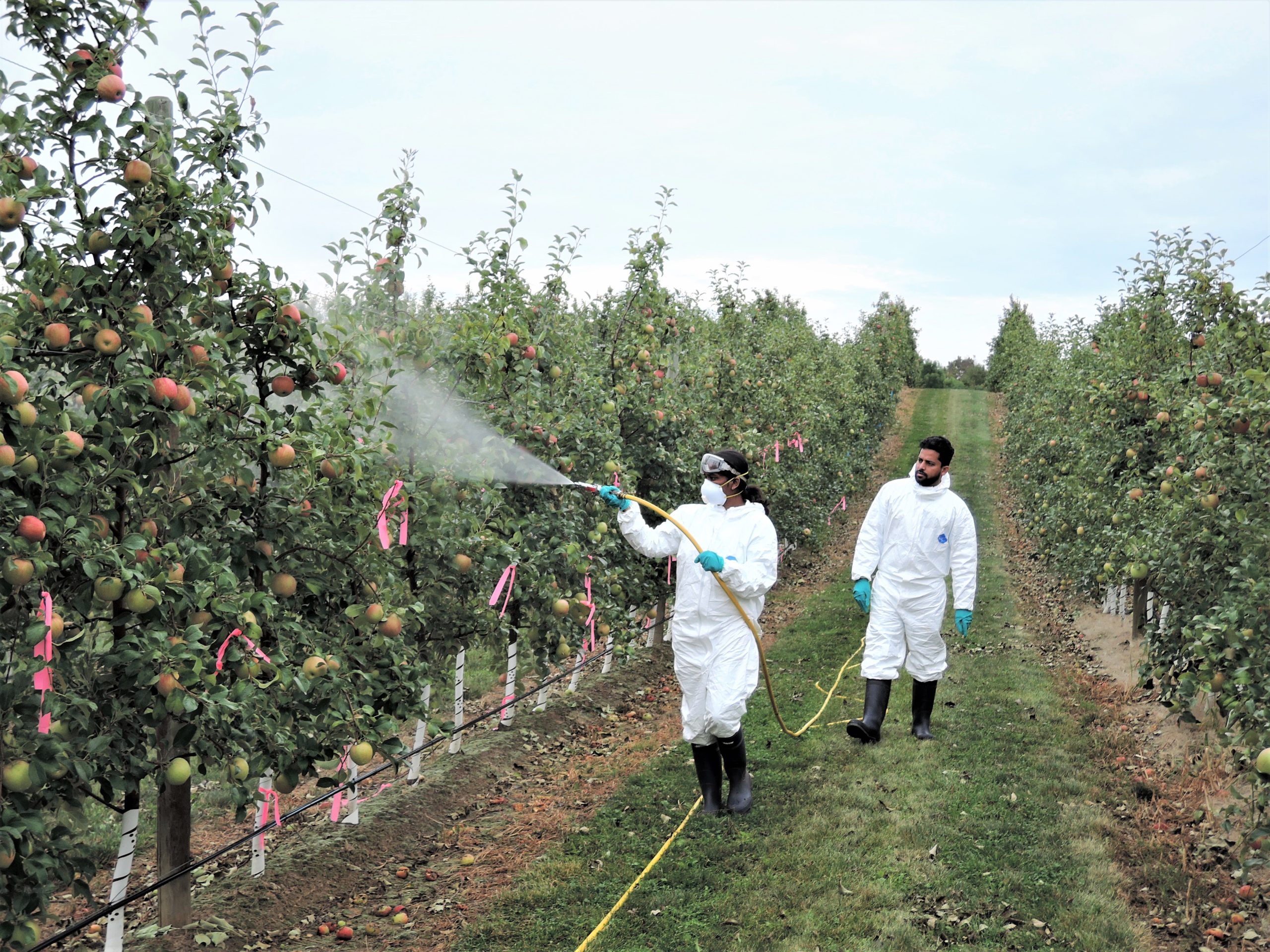 Karthika sprays hexanal in an apple orchard during a research trial. / Photo provided by K. Sriskantharajah